The Selection Shadow - Why we still age

In this post I wrote long ago, I discussed how evolution has fundamentally not provided humans with an answer to non-infectious, chronic diseases and ageing.

"However, ageing and cancer are fundamentally problems evolution has not provided us with a solution with.
Ageing can be said to be a root cause for all diseases. However, our biological defence against it is arguably lacking due to our lack of evolution in this regard. Using the theory of natural selection, for us to effectively evolve to protect ourselves against such a disease, we have to die with that disease as the cause. However, given that humans, for most of our existence, died young and to causes not related to ageing and cancer, we never developed a mechanism of protection against them that could last past our past mediocre life expectancy (most can expect to live to 40)."

A correction I should make on the life expectancy of 40 is that I did not consider how infant mortality was very high in the past. Once past a certain infant/toddler age, a person could reasonably expect to live into their 60s. 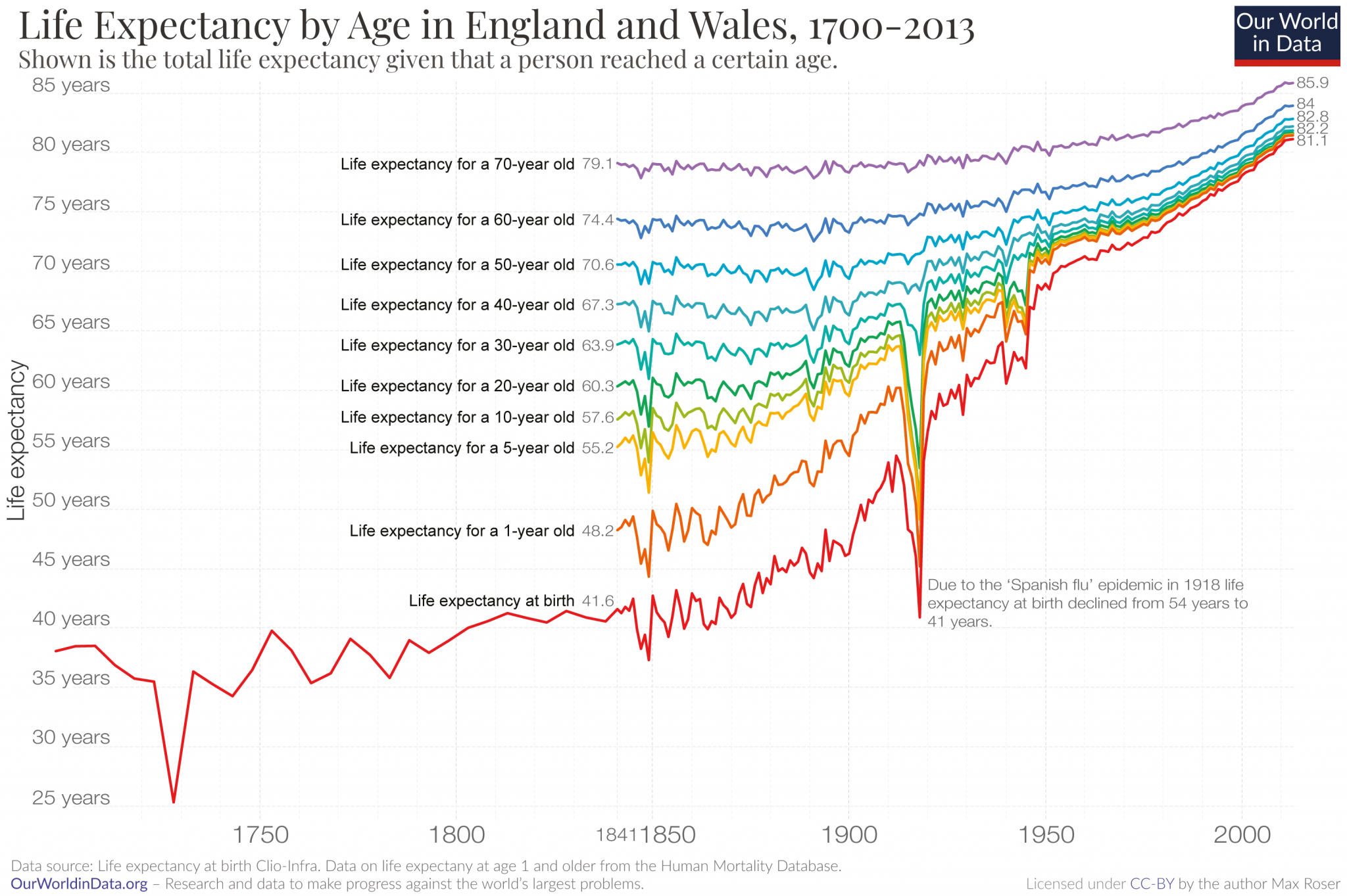 This phenomenon of natural selection exerting less of an effect on our bodies as we age was dubbed the "Selection Shadow".

Each of us is born slightly different, with each of us having some positive or negative variations. These are genetic variations or mutations.

Mutations beneficial to us that have an effect early on in life (before our peak reproductive age) are "selected" by natural selection.

An example would be why babies are considered cute. Human babies are helpless blobs that cannot survive on their own. It's likely that historically, babies that were born slightly cuter than the rest were paid more attention to and better cared for than babies that were born slightly less cute. Hence, babies which were cute were more likely to survive better, mature and then be able to have offspring. Cute babies were "selected" over less cute babies.

This is one of the many theories for why we age and develop many age-related non-communicable diseases.

You'll only receive email when they publish something new.

More from Memory Repository 🧠All posts

How to frame avoidance goals for success

Reading time: 2 min When setting goals and resolutions, sometimes we want to decrease or avoid certain actions. These include unhealthy or unproductive habits. To raise our success in such "avoidance-oriented" goals, word them in the form of committing to a preferred alternative, i.e. an "approach-oriented" goal. For example, instead of “I will avoid eating junk food”, word it as “I will eat healthy meals for at least two of my meals every day” (specific and realistic). Eating healthy food i...
Read post

Don't design the perfect system before using it

Reading time: 2 min Response to @Yard, My Perspective of the New Note-Taking Software Context: working on Notion and doing more 'systems building' and dashboard customization than actually working or writing in it. "But I got caught just consuming content about the app and customizing my dashboard. It distracted me from doing actual work." Designing the perfect system I previously wrote about trying to get the perfect system up before using it here. Likewise, I once fell into this trap...
Read post